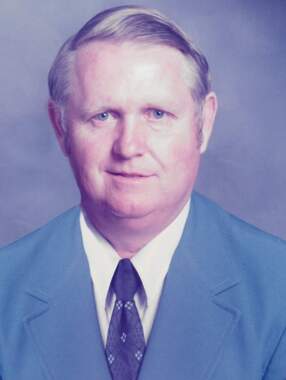 Back to William's story

Having grown up in Thomasville, Mr. Chason graduated from Thomasville High School in 1958, and entered the Air Force shortly thereafter. During his twenty-year military career, he served in numerous locations in the United States and overseas, including a tour in the 553rd Reconnaissance Wing ("Batcats"), Korat RTAFB, Thailand, during the Vietnam War. Korea, Newfoundland, and Turkey were among other places his career took him. Mr. Chason's last duty station was Moody AFB. After retiring from the Air Force, Mr. Chason and his family made their home in Valdosta, GA, where he worked as an electronics technician. He was a member of Park Avenue United Methodist Church.

A longtime aviation enthusiast, Mr. Chason earned his pilot's license at the old Thomasville Airport (on Campbell Street) when he was still in High School. He flew various types of aircraft with Air Force aero clubs, and owned several small planes after moving to Valdosta. Flying was not his only passion. He loved to collect and restore antique gasoline engines and farm equipment, as well as old clocks and pocket watches. He could rebuild just about anything.

He was a member of the Deep South Gas and Steam Engine Club, the Thomasville Aviation Club, the American Legion, and the Air Force Association.

Mr. Chason is survived by the love of his life, Martha Middlebrooks Chason of Valdosta; a son, Kenneth Chason (Roula Yazigi) of Alexandria, VA; a daughter, Christy Chason (James Lavelle) of Arlington, VA; and several nieces and nephews.

The family is grateful for the tremendous support during his illness, and will receive friends on Saturday, January 11 between the hours of 12:30 and 1:30PM at Carson McLane Funeral Home, 2215 N. Patterson Street, Valdosta, GA. A graveside service will be held at 2:00PM at Riverview Memorial Gardens at 3945 N. Valdosta Road, Valdosta, GA.

An oral history interview of Mr. Chason's military service is archived at the Library of Congress Veterans History Project in Washington, DC.

In lieu of flowers, the family suggests that donations in his memory be made to The Honor Flight Network at https://www.honorflight.org.

Condolences may be conveyed online at www.mclanecares.com.

Send flowers
in memory of William

A place to share condolences and memories.
The guestbook expires on April 07, 2020.

Wilson and Jane Weathersby
Wilson remembers you visiting at your Grandmother's home and having time together.
God's blessings and comfort be yours.
View all