Back to Ronald's story

Mr. Ronald "Ronnie" Smith, 70, of Thomasville, Georgia, passed away on Monday, February 24, 2020 at Camellia Gardens of Life Care in Thomasville. He was the son of the late James Coleman Smith and Mary Belle Franks Smith. Although Mr. Smith was born in Cook County on December 4, 1949, he lived most of his life in Thomas County where he was a member of Hebron Fellowship Church in Thomasville. He was a retired truck driver for Moses Croft Trucking.

Mr. Smith is survived by his son and daughter-in-law, Ronald "Ron" Smith Jr. and his wife, Tracy, of Thomasville; his daughter and son-in-law, Pamela K. and Ramero Castillo of Ocklawaha, Florida; six grandchildren and seven great-grandchildren; a brother and sister-in-law, Wayne and Pat Smith of Moultrie, Georgia; two sisters and a brother-in-law: Jane S. Folsom of Valdosta, Georgia, and Brenda and Houston Tyson of Adel, Georgia. In addition to his parents he was preceded in death by his brother, Tommy Smith.

A graveside funeral service for Mr. Smith will be held at 3:00 PM on Saturday, February 29, 2020 at Woodlawn Memorial Gardens in Adel with Pastor Jeffrey Jones officiating. The family will receive friends at Boone Funeral Home South (1804 S. Hutchinson Ave.) in Adel beginning at 2:00 PM and lasting until just prior to service time. Condolences may be expressed to the family online at www.boonefunerals.com. --Boone Funeral Home of Adel, Georgia is in charge of all arrangements.
Published on February 26, 2020
To plant a tree in memory of Ronald "Ronnie" Smith, please visit Tribute Store.

Plant a tree in memory
of Ronald

A place to share condolences and memories.
The guestbook expires on May 26, 2020.

I miss you already Papa. You will forever be in my heart. I love you to the moon and back!!! 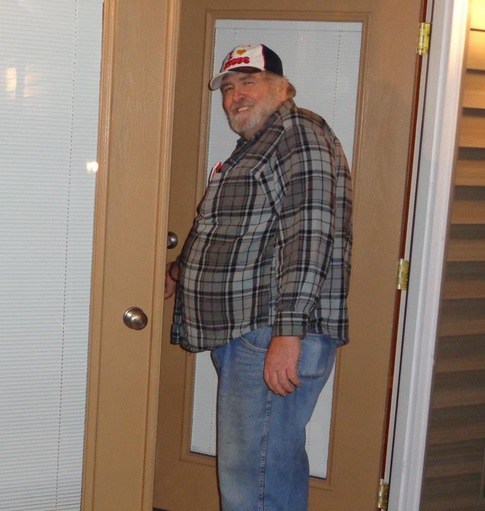