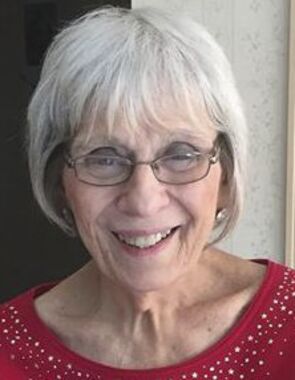 Chicago native and long-time resident of Skokie, IL and Thomasville, GA, Dolores C. Krier (Gross), 85, made her transition peacefully at her Thomasville home on January 8, 2020, surrounded by family and friends. Born in 1934 in Chicago to Louis and Mary (Hartmann) Gross, Dolores graduated from Loretto High School and went on to work at Material Service Corp. and The Wheat Flour Institute in Chicago. Then she met and married the love of her life, Ralph Krier, and together they raised their four daughters in a home filled with unconditional love and laughter. Over the years, Dolores worked at various positions on Chicago's North Shore, including the Learning Centers in Skokie School District 73-1/2; the Academy of American Pediatrics in Evanston and the Ice Skating Institute of America in Wilmette. Dolores and Ralph moved to Thomasville in 1989 and became active members of the community. Dolores volunteered at the Thomasville Cultural Center and the Thomasville Genealogical, History and Fine Arts Library and worked at the Thomas County Public Library. An avid reader, Dolores had an inquisitive mind that never tired of learning, especially about the deeper spiritual meaning of life's journey. She held an informal spiritual study group in both her Skokie and Thomasville homes for over 40 years. Her warm, funny and creative personality was only superseded by her desire to inspire everyone fortunate enough to cross her path, and she helped many find meaning in their life challenges. Preceded in death by her parents, her husband of 52 years, Ralph, her sister Jane Gross, and brothers Francis and Raymond, she is survived and lovingly remembered by her four daughters and son-in-law: Mary Krier, Elizabeth and Curt Matlin, Jane Krier and Jean Krier; many nieces and nephews; and good friend and honorary fifth daughter, Nancy Tillinghast. At Dolores' request, there will be no visitation or service. Visitors may sign the Allen & Allen Funeral Home online guest register at www.allenfh.com. In lieu of flowers, donations may be made to Hospice of Southwest Georgia, 114 A Mimosa Dr., Thomasville, GA, 31792 or to Unity World Headquarters, 1901 NW Blue Parkway, Unity Village, MO, 64065-0001
Published on January 9, 2020
To send flowers to the family of Dolores Catherine Krier, please visit Tribute Store.

Send flowers
in memory of Dolores

A place to share condolences and memories.
The guestbook expires on April 08, 2020.

Terry Londeree
Dolores,
It was wonderful to hear that you had a calm passing. After all, you are special...
Looking forward to being with you again in the White Light of Universal Consciousness.
Terry
Connie Godwin
I am so sorry for your loss. Dolores was one of the nicest, sweetest people I have ever met. I look forward to seeing her again one day.
Carol Alligood
From all of us at Home Instead Senior Care.
Dolores was an amazing woman, she will be missed!
Gina Curry
God shared an angel with us! Now she’s gone home to be with the Father! She will be missed!
View all