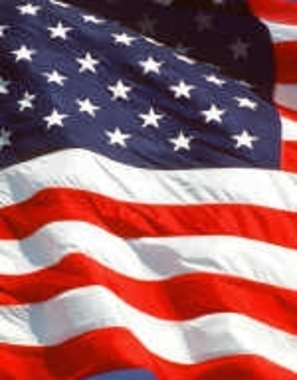 Back to Curtis's story

Services for Curtis Albert Ross, Sr. will be held on Saturday, December 14, 2019 at 3:00 p.m. at Thomasville First Baptist Church Chapel. Curtis passed away on December 8, 2019 at his residence. He was born on March 15, 1937 in Cienfuegos, Cuba to the late Alberto Hartasanchez Ros and Elizabeth Wilson Ross. In 1978, Lieutenant Colonel Ross retired from the Air Force where he served for 20 years as a fighter pilot. His hobbies included fishing, spending time with his family, and woodworking. Survivors include his wife Leigh Wise Ross of Thomasville; Curtis A. Ross, Jr. of Miami Shores, FL, Kristine deHaseth of Ocean Ridge, FL, Kathleen Ham (Robert) of Denver, CO, Collin Ross (Tracy) of Miami Shores, FL, Jim Henderson (Renee) of Thomasville, and Whitney Sampson (Gene) of Thomasville; Mother in law, Anne Wise; brothers Jim Ross and Bill Ross; grandchildren Denise Ross, Ryan deHaseth, Mason Ham, Charley Ross, Cooper Ross, Tanner Slater, Rudy McCranie, Sophi Sampson, Finn Henderson and Maeva Henderson; his loving dialysis nurse, Chris Robinson and caregiver, Bobbie Smith; many nieces and nephews. Lt. Col. Ross is preceded in death by his wife Karen Curtis Ross, his brother Johnny Ross and his Father in Law, Bob Wise. Special thanks to Westcare for their services and all the staff at Davita Home Dialysis. In lieu of flowers, memorial donations may be made to Lives Without Limits, PO Box 1652, Thomasville, GA 31799, or to the MS Society, 950 E. Paces Ferry Rd. Suite 820 Atlanta, GA 30326. Friends and family are invited to visit his online memorial tribute page at wwww.allenfh
Published on December 10, 2019
To plant a tree in memory of Curtis Albert Ross, Sr., please visit Tribute Store.

Plant a tree in memory
of Curtis

A place to share condolences and memories.
The guestbook expires on March 09, 2020.

Geri and mike Mickler
We shared so many Friday nights together on the tennis courts in Miami and wonderful dinners. We will miss you, our friend.
Walter and Jane Gilbert
Our prayers are with all your family during this time. We pray you will feel the love and comfort of our Lord Jesus.
Frank & June Cole
May the Love and Grace of God through Jesus bring Peace and Hope to the family in the coming days.
James Mitchell
My condolences to the family. I will cherish the memories I had while being Mr. Curt caregiver.
View all